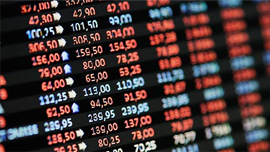 Why Hedge a good position that you will think improve even more?

A Hedge is where we take a contrary trade to a currently successful position eg sell against a profitable long, or buy against a profitable short. The hedge will therefore be within the span – stop loss to limit - of the underlying trade and almost always be subject to the same risk/return x probability and Matrix criteria of a normal trade.

There are 3 mains reasons Matrix hedges positions that are going our way. But they all stem from the simple maxim: “No market moves in a straight line” and therefore sometimes can be worth a POP based on similar analysis to any other trade.

Opportunity:   Hedging provides an opportunity to take money out of the market with substantially reduced risk. If the hedge goes wrong, all we have done is reduced the net profit of the underlying trade. We hedge when probability x retracement size is significantly greater than probability x distance to target and where we feel we can reasonably place a stop on a hedge that indicates the risk of retracement (probability) has fallen. In this sense a hedge, in isolation, is like any other trade except that it does not need to exceed the Matrix threshold of 15 as it does not belong to our overall optimisation of new trades.

Preservation of Capital: Another important reason is Matrix always seeks to preserve its capital. Therefore where there is a risk of losing profit – necessary to cover the inevitable occasional losses – we will attempt to lock in that profit for a while at least. Indeed should the retracement go on to stop out the underlying trade on a notional loss then, in many cases when we have hedged, this wrong trade could still realise a net profit. Matrix always seeks to transform a trade that could still lose money into, at worst, a break-even trade wherever it can.

As a Hedge effectively amounts to closing the position and re-entering at a better price, why not just do that or reduce the trade size?  The main reason Matrix tries to avoid this is because it is not subject and therefore does not necessarily demand the same analysis that leads to a sound risk/return x probability assessment that a hedge does.

Traders are often tempted to take profits early because it appears to have moved too far too quickly. But these instances can often lead to a destabilisation that will threaten our overriding maxim of preserving capital:

Firstly, such practice amounts to an effective change in the risk/return profile of our trades. A successful trading approach can be rendered unsuccessful by this continued malpractice.

Secondly, worse still, should the market continue towards the target many traders rush back in without due consideration and under completely different and unjustifiable risk/return parameters.

Thirdly , even if the market does retrace as we expect the risk return x probability of the new trade can be substantially different to the original justifiable trade and, in isolation, no longer be justified. However where we feel the probability of a retracement is so high but cannot create the right framework for the hedge - typically because we cannot identify a hedge stop that says it is going to the target – then we will either

a. Reduce our position size but not re-enter should it continue towards the target.

b. Hedge without a stop.  In these instances – particularly in hitherto aggressive trends – we can unhedge after the sooner or later retracement and resort to the original trade with the  original sound risk/return parameters.

As legendary trader Paul Tudor Jones says "The most important rule of trading is to play great defense, not great offense."

What does 'NO TRADE' mean?

This means that you should place the hedge trade, and place another trade of the same size (with the same entry, stop and target). This second trade is actually a new trade, which may in itself attract a hedge later on.

When do I close a hedge?

Can a trade be hedged more than once?

We will only issue one hedge at a time against an underlying trade. However, once the trade has been unhedged, i.e. the hedge has been closed either by hitting stop or target, or manual closure, then the underlying trade may be hedged again at a later date.